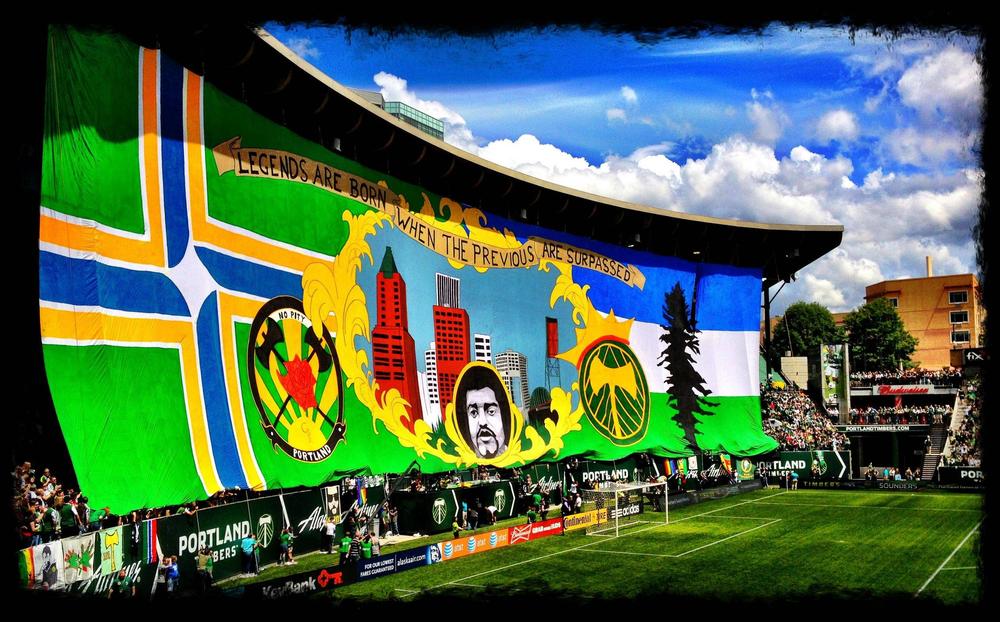 This definately relates to creativity at best. The game against the flounders showed one of the best Tifo’s displayed in North America. Viewed for only a couple of minutes it makes a breath taking statement.

Tifo, originally the Italian word for the phenomenon of supporting a sport team, is mostly used as a name for any choreography displayed by fans in the stands of an arena or stadium in connection with a sport event, mostly a football match.

Tifos are most commonly seen in important matches, local derbies and rivalries and although the tradition originated at club teams, some national teams also have fans that organize tifos on a regular basis. [1] Tifos are primarily arranged by Ultras or a supporter club to show their love to the club, but are sometimes sponsored or arranged by the club itself.

The tifo culture, like the origin of its name, has its roots in Italy and Southern Europe, and has a strong presence in Eastern Europe. It has much in common with the Ultras culture and appeared at the same time in the late 1960s and early 1970s.

Tifos, while highly prevalent in Europe, have become more widespread and more common in all parts of the world where football is played.