The PTFC Vs Valencia Scarf Project 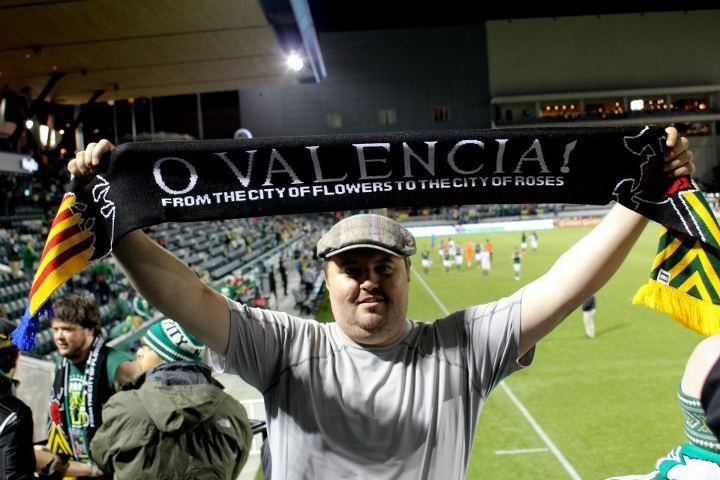 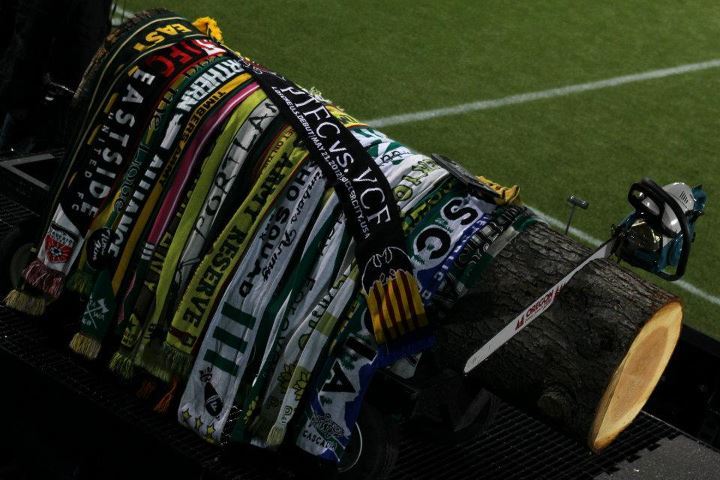 An unusual project for me so this will be my first Timbers Army post to this blog. Anyway had to show off the scarf that I was able to help design and distribute.

A fun project for the Timbers Army.  My short tenure into the sport of football I have taken a fondness to spanish soccer.  Getting really spoiled last year watching the duels between Barcelona and Real Madrid and getting an understanding of the makeup of their teams intrigued me.  One built by a name your price and play for us mentality.  And the other built up by a community and system that is from the breadth of the city that supports it.  Barcelona brought in their world star when he was only eight years old transplanting his family and putting him into a system that guaranteed football would somehow be a part of his life.  La Liga soccer can possess the ball like no other and minus the emotional diving can show you what a lifetime of practice can result in. When I heard we were going to host the third best Spanish team I knew it would be Valencia and could not wait to see this quality of soccer on our pitch.  While I enjoyed Ajax last year and their cousin relationship to the Barcelona system, this was a unique chance to have a club of Valencia’s caliber.   Within a minute of hearing the announcement I posted a thread that I was going to commemorate the game by putting together a scarf that reflected both sides represented of May 23, 2012.  Within a day I got help and realized it would be a feat to produce this in eight weeks so nose to the ground and a few more obstacles.  The Timbers Army blessed the project and made it happen.  Through collaboration and back and forth scrutiny above is what resulted.  Matt Leamy leant his knowledge and helped make this a possibility, but wanted to show the scarf in all its glory.  While a couple of components had to be taken out that I really wanted the results is a great looking scarf to add to a collection I bring many memories to. On what was a weird nite of showing for the Timbers Army, the scarf was worth it and the feedback was nothing but positive and I think it represented Soccer City, USA very well.